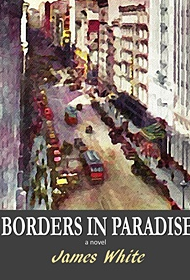 “You think you’re so God-damn smart with your patronizing lawyer words, and without two nickels of your own to rub together.” Patsy leans towards Charles, spittle flying. “Leaving me day after day in this filthy dump while you play little school boy games.”

“Well, deary my,” Charles bristles. “The poor abused floozy. She misses her hulking boyfriends with their parent’s fancy autos and their wild sex parties.”

“Why you…” Patsy draws in an hysterical breath and slaps Charles. “You take that back!”

Before she can get out another word, Charles hits her in a blinding rage. He stands frozen while Patsy rights herself from the blow. The sight of his stricken wife, hushed, her eyes wide in fright, floods him with a feeling of power. He had finally cowed the bitch.

But has he? Patsy proves to be a resilient foe, chasing Charles out of his home and forcing him to abandon his family to hide in the Arizona desert, hoping the coast will clear.

Can Charles overcome his tormentors and resume the life he envisioned when he and his brother John migrated to California from Texas during the Great Depression? Many challenges stand in his way and a hostile world takes advantage of his naiveté. Struggling to keep his dreams alive may cost him his life.

Charles’ level-headed brother, John, thinks Charles deserves his hardships until John has to face demons of his own. Demons that punish him for leading his family astray and for hiding from a secret he’s been avoiding all his life.

Trapped in the borders of paradise, John lies on an empty bed surrounded by unopened family letters that beg him to come home. Ashamed, lonely and exhausted, John wrestles to align his memories of what he thought was a happy past with the person he now knows himself to be. 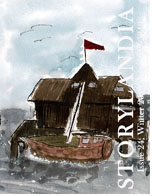 Twelve year old Bridge Appleton watches in horror from the stern of the SS Normandie as a sailboat flounders in Normandie’s wake, capsizing and sinking in the cold water off Long Island. Bridge had been watching the boat race alongside the luxury liner, fascinated at the boat’s agility and beauty, as the Normandie steamed out of Long Island Sound on its way to Europe. Now it’s suddenly gone and the fate of the crew unknown as the catastrophe is swallowed in fog and shadows.

The vision of the helpless boat becomes a recurring image of terror and fascination for the rest of Bridge’s life. Sailing turns into an obsession for him, but not as one would expect. Instead of participating, he cautiously watches it from a distance, absorbed in every aspect of the sport, but never getting close.

Bridge’s friends, Chassy and Patsy, and his girlfriend, Deborah, tolerate his funny hobby. They oblige him by listening to his sailor stories and Charlene occasionally accompanies him to his observation post at the Long Beach Harbor, but they want nothing more to do with it.

Frustrated by his friend’s lack of interest, Bridge overcomes his fears and buys a sailboat. Filled with bravado and false confidence, Bridge convinces his friend Chassy to join him on a shakedown cruise that ends in disaster.

Furious at Bridge’s foolhardy stunt and his lack of remorse for having nearly killed his friend, Deborah calls off their relationship and refuses to have anything more to do with him. Deborah’s anger puts a damper on Chassy and Patsy that ends their friendship as well.

A high-society, sailing-themed social event intervenes and sparks a renewed interest in Bridge’s boat, spearheaded by Patsy’s interest in meeting movie stars at the gala party. Now a forgotten relic, the boat gains a new life and Bridge’s friends renew their companionship while working together refitting the boat.

The story ends with another close encounter, but this one has a happy ending.

During the siege of Warsaw, a Polish-American GI deserts his post after an invasion exercise goes seriously bad and joins the Polish Resistance forces in 1944.

Johnny Zewiski, All-American boy from Allentown, PA, joined the Army to rescue his Mother’s family, who were trapped in Hitler’s campaign to exterminate Polish resistance.

When Johnny’s division broke its promise to liberate Poland he went AWOL, only to be thwarted by the haphazard whims of war that threw thousands of men into places and nightmares they couldn’t control or even imagine. 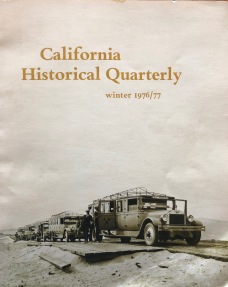 The business letters of Robert Lammot and his associate, Rodmond Gibbons, span the years from 1852 to 1854 and describe in rich and sometimes painful detail the fortunes of a young businessman, Robert Lammot, who traveled West intent on securing some of the fast money to be made in the California gold rush. In purpose, Robert and his San Francisco-based associate, Rodmond Gibbons’, letters were reports to an eastern supplier on the status of their goods and finances and appraisals of future prospects. But for latter-day readers they recreate with humor, optimism, and, finally, resignation the anticipations and disappointments that characterized business life in the boom and bust economy of the remote new market.

Let me take you on a brief journey to the dark recesses of a depraved man’s psyche. A private place where Ira Sessions endures his quiet fate. After you learn about his passion, his frustrated desires and his grief, you won’t regret having read ‘Brownwood Texas, 1927.’

Unauthorized use and/or duplication of this material without express and written permission from this site’s author and/or owner is strictly prohibited. Excerpts and links may be used, provided that full and clear credit is given to James White, www.myjotting.com with appropriate and specific direction to the original content.